The Daily Express reports that homes in the Queens Park area of north west London were without radio or television for three hours because of an electricity breakdown. The Ladbroke telephone exchange switched to emergency batteries.

The BBC is advertising again: 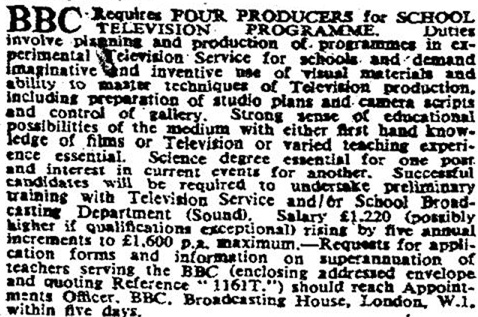