Peter Dimmock, the BBC’s head of outside broadcasts has apparently convinced Kempton Park racetrack officials that television can increase the number of racegoers, according to the Daily Express. The racetrack has signed a £20,000 contract with the BBC but – supposedly in an attempt to “baffle the men of commercial TV” no-one’s saying how long the contract lasts.

The Guardian and The Times also report on this story and note that race meetings at Sandown Park, Hurst Park, Lingfield and Windsor will be exclusively televised by Associated-Rediffusion as will the Cheltenham National Hunt meeting and all evening racing at Alexandra Park. 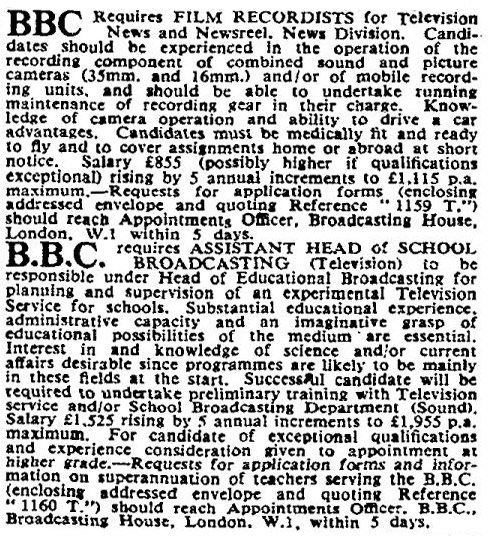